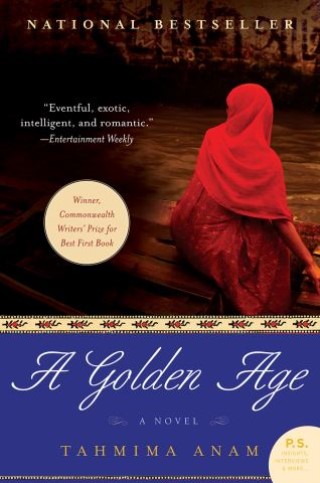 Rehana Haque, a young widow, blissfully prepares for the party she will host for her son and daughter. But this is 1971 in East Pakistan, and change is in the air.

Set against the backdrop of the Bangladesh War of Independence, A Golden Age is a story of passion and revolution; of hope, faith, and unexpected heroism in the midst of chaos—and of one woman's heartbreaking struggle to keep her family safe.

Tahmima Anam is an anthropologist and a novelist. Her debut novel, A Golden Age, won the 2008 Commonwealth Writers Prize for Best First Book. In 2013, she was named one of Granta’s Best Young British Novelists. She is a contributing opinion writer for the New York Times and was a judge for the 2016 International Man Booker Prize. Born in Dhaka, Bangladesh, she was educated at Mount Holyoke College and Harvard University, and now lives in Hackney, East London.