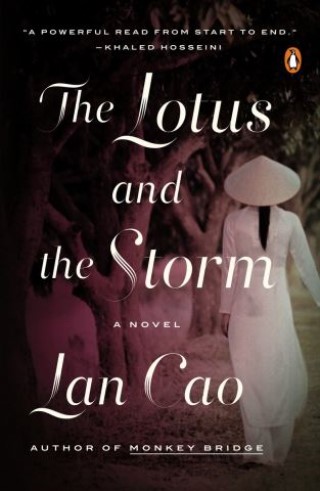 The Lotus and the Storm

A singular work of witness, inspiration, and courage, The Lotus and the Storm marks the welcome return of Lan Cao’s pitch-perfect voice, telling the story only she can tell.

Four decades after the war, Vietnam’s flavors of clove and cinnamon have been re-created by a close-knit refugee community in a Virginia suburb. But the lives of Minh and Mai, father and daughter, are haunted by ghosts, secrets, and the loss of their country. During the disastrous last days in Saigon, in a whirl of military signals and helicopter evacuations, Mai never had a chance to say goodbye to so many people who meant so much to her. What happened to them? How will Mai cope with the trauma of war—and will the thay phap, a Vietnamese spirit exorcist, be able to heal her?

Lan Cao: Lan Cao is a novelist and a renowned expert in international law, trade, and economic development. A professor of law at the Dale E. Fowler School of Law at Chapman University in Orange, CA. She lives in southern California.