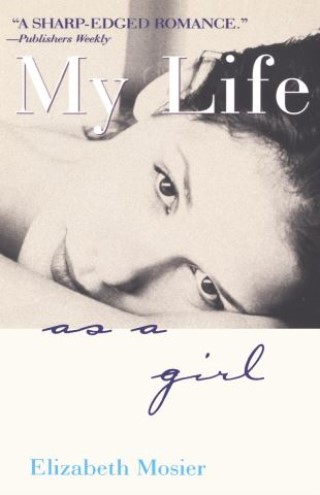 My Life as a Girl

It's the long, hot summer between high school and college, and Jaime Cody is working a double shift. Days at a greasy spoon called Franklin's All-American Diner; night at the Phoenix, a restaurant at a glitzy resort. She's hoping to earn the college money her father stole from her -- and leave herself no time to think.

A whole country lies between where Jaime is -- Arizona -- and where she wants to be -- Bryn Mawr, a college for women in Pennsylvania. The jobs mean the difference between making a life for herself and being duped by a man, the way her mother was.

The plan is perfect -- until a boy named Buddy appears, reminding her of a character in the romantic stories her mother still loves to tell.

No one has to know about Buddy.
He's Jaime's secret.
Just for the summer.

Elizabeth Mosier: Elizabeth Mosier was raised in Arizona, the setting for My Life as a Girl and for her short stories, which have appeared in Sassy, Seventeen, The Philadelphia Enquirer Magazine, and various literary magazines. A graduate of Bryn Mawr College, she lives outside Philadelphia with her husband and two children, and directs Bryn Mawr's summer writing program for high school students. This is her first novel.