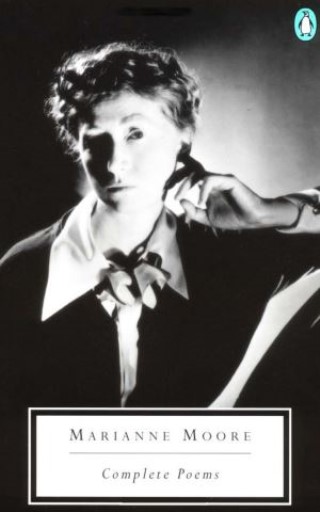 This definitive edition brings together all the works that Pulitzer Prize-winning Marianne Moore wished to preserve, covering more than sixty years of writing, and incorporating the final revisions she made to the texts. The poems demonstrate Moore’s wide range of interests, moving from witty images of animals, sporting events, and social institutions, to thoughtful meditations on human nature. In entertaining informative notes, Moore reveals the inspiration for complete poems and individual lines within them.

For more than seventy years, Penguin has been the leading publisher of classic literature in the English-speaking world. With more than 1,700 titles, Penguin Classics represents a global bookshelf of the best works throughout history and across genres and disciplines. Readers trust the series to provide authoritative texts enhanced by introductions and notes by distinguished scholars and contemporary authors, as well as up-to-date translations by award-winning translators.

Marianne Moore: Marianne Moore was born in Kirkwood, Missouri, on November 1, 1887, and spent much of her youth in Carlisle, Pennsylvania. After graduation from Bryn Mawr College in 1909 she taught for four years at the Carlisle Indian School. Her poetry first appeared professionally in The Egoist and Poetry magazines in 1915 and she moved to New York City in 1918. Her first book, Poems, was issued in England by the Egoist Press in 1921. Observations, published three years later in America, received the Dial Award. From 1925 to 1929 she served as acting editor of The Dial, the preeminent American literary periodical. She moved to Brooklyn in 1929, where she lived for the next thirty-six years. In 1935 Selected Poems, with an Introduction by T.S. Eliot, brought her work to the attention of a wider public.

Three additional books of poetry were followed, in 1951, by her Collected Poems, which won the Bollingen Prize, the National Book Award, and the Pulitzer Prize. She went on to publish a verse translation of the complete Fables of La Fontaine, a collection of critical essays, and three more volumes of poems.

Among the many awards Marianne Moore received are the National Institute of Arts and Letters Gold Medal for poetry, the Poetry Scoiety of America's Gold Medal for Distinguished Achievement, and the National Medal for Literature, America's highest literary honor. A member of the National Institute of Arts and Letters since 1947, she was elected to the American Academy of Arts and Letters in 1955. In 1967 she was made Chevalier de l'Ordre des Arts et des Lettres by the French Republic, and in 1969 she received an honorary doctorate in literature from Harvard University, her sixteenth honorary degree. Marianne Moore died in New York City, in her eighty-fifth year, on February 5, 1972.