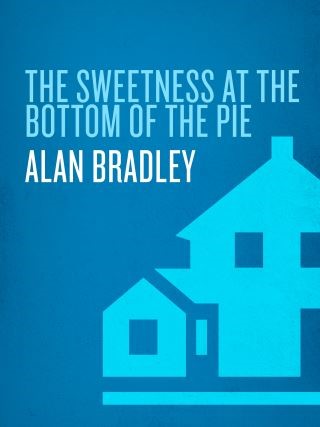 The Sweetness at the Bottom of the Pie

“Wonderfully entertaining . . . sure to be one of the most loved mysteries of the year . . . [Flavia is] a delightful, intrepid, acid-tongued new heroine.”—Chicago Sun-Times

It is the summer of 1950–and at the once-grand mansion of Buckshaw, young Flavia de Luce, an aspiring chemist with a passion for poison, is intrigued by a series of inexplicable events: A dead bird is found on the doorstep, a postage stamp bizarrely pinned to its beak. Then, hours later, Flavia finds a man lying in the cucumber patch and watches him as he takes his dying breath.

For Flavia, who is both appalled and delighted, life begins in earnest when murder comes to Buckshaw. “I wish I could say I was afraid, but I wasn’t. Quite the contrary. This was by far the most interesting thing that had ever happened to me in my entire life.”

BONUS: This edition contains a The Sweetness at the Bottom of the Pie discussion guide and an excerpt from Alan Bradley's The Weed That Strings the Hangman's Bag.

Alan Bradley: Alan Bradley is the New York Times bestselling author of many short stories, children’s stories, newspaper columns, and the memoir The Shoebox Bible. His first Flavia de Luce novel, The Sweetness at the Bottom of the Pie, received the Crime Writers’ Association Debut Dagger Award, the Dilys Award, the Arthur Ellis Award, the Agatha Award, the Macavity Award, and the Barry Award, and was nominated for the Anthony Award. His other Flavia de Luce novels are The Weed That Strings the Hangman’s Bag, A Red Herring Without Mustard, I Am Half-Sick of Shadows, Speaking from Among the Bones, The Dead in Their Vaulted Arches, As Chimney Sweepers Come to Dust, Thrice the Brinded Cat Hath Mew’d, and The Grave’s a Fine and Private Place, as well as the ebook short story “The Curious Case of the Copper Corpse.”