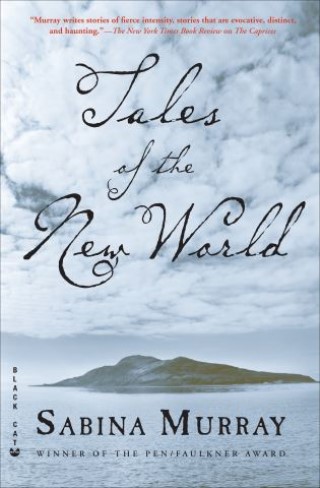 Tales of the New World

In her first collection of stories since her PEN/Faulkner-winning The Caprices, Sabina Murray confronts some stark truths about the most intrepid—and brutal—pioneers of the last four millennia.

These legendary explorers and settlers are made intimately human as they charge headlong past the boundaries of their worlds to give shape to modern geography, philosophy, and science. . . .

As Ferdinand Magellan sets out on his final voyage, he forms an unlikely friendship with a rich scholar who harbors feelings for the captain, but in the end cannot save Magellan from his own greed. Balboa’s peek at the South Sea may never have happened if it wasn’t for his loyal and vicious dog, Leonico, and an unavoidable urge to relieve himself. And Captain Zimri Coffin is plagued by sleepless nights after reading Frankenstein—until his crew rescues two shipwrecked Englishmen who carry rumor of a murderous white whale lurking in the ocean depths.

In this volume of “riveting . . . unsettling, lavish stories,” Sabina Murray investigates the complexities of faith, the lure of the unknown, and the elusive mingling of history and legend (O, The Oprah Magazine).